There seems to be three schools of thought of how to handle buildings that extend beyond the benchwork:

Option #1 is never a good idea. In practice it often crosses the line from selective compression towards cartoonish replication… a practice I’ve been guilty of in the past. Normally option #2 is my chosen method, since it not only reduces your overall workload for a given scene but prevents the issues that occur when choosing option #1.

However, The Hills Line is a considerably more structurally-dense prototype than I’ve previously modeled. Removing structures would, in essence, change the character of the prototype. Fortunately option #3 comes to the rescue.

To cut off buildings I decided to extend my fascia to cover the edge. By maintaining the same look and feel of the existing fascia it helps blend everything together into one cohesive scene and avoid a jarring transition between the layout and the aisle.

The extensions are made of the same underlayment plywood I used for the fascia. Strips were cut to length then traced around the front edge of the building. The shape was then carved using a scroll saw and sanded to remove any rough edges.

After painting the extension the same olive green used on the rest of the fascia, it is attached to the building using either wood glue or construction adhesive, depending on the material used on the building itself. Since the Iowa Business Supply complex features a trim board core, wood glue worked perfectly well.

Once the extension is attached a the glue set, I fill the seam with spackling or wood filler, then repaint. The seam does not completely disappear after painting, but the overall effect is a world larger than I have room to model. 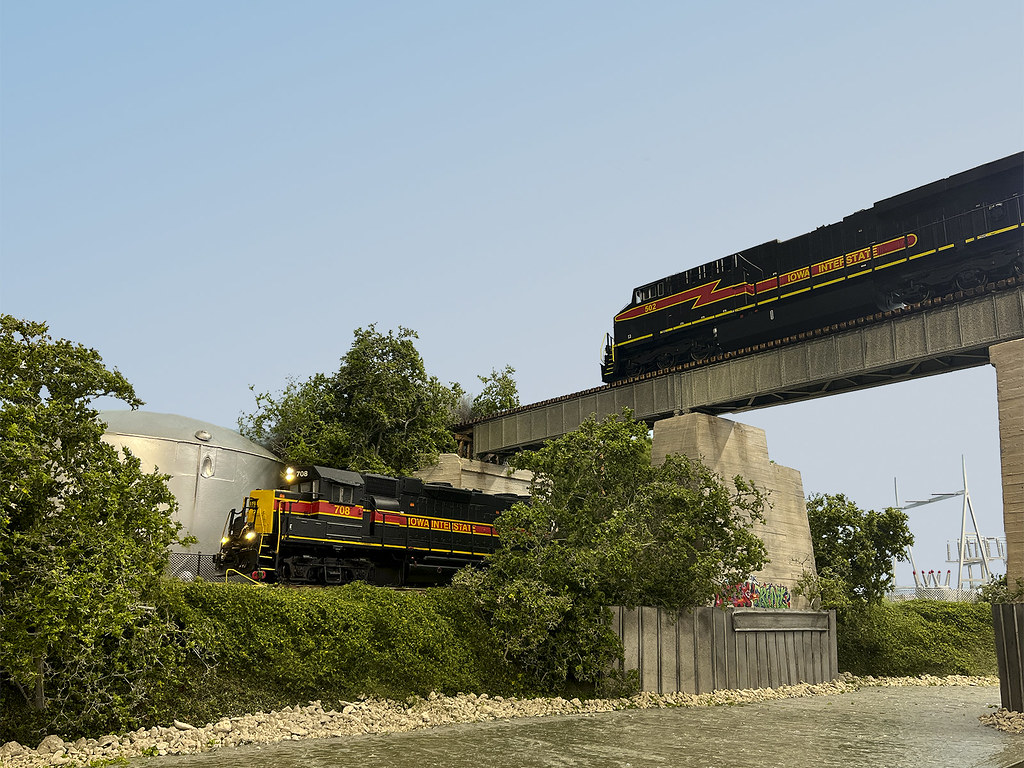