“Come let me take you on a party ride, And I’ll teach you the electric slide”
-Marcia Griffiths-

One of the least visible, but hopefully most-effective changes I’ve made between the construction of my former IAIS Grimes Line and The Hills Line has been in my approach to wiring the layout. Towards the end of the life of the Grimes Line, a few electric gremlins began to spring up. While they were never catastrophic, it was enough to warrant an effort to avoid similar issues this time.

The biggest change has been the sheer amount of feeder wires that were run to power each turnout. While lines were run to each stock rail and switch points, I also connected a wire to the turnout frog… to power at a future time. Up until now I had left the frogs electrically dead, but a few locomotive stalls in the track-heavy areas of Iowa City convinced me it was time to hook it all up. 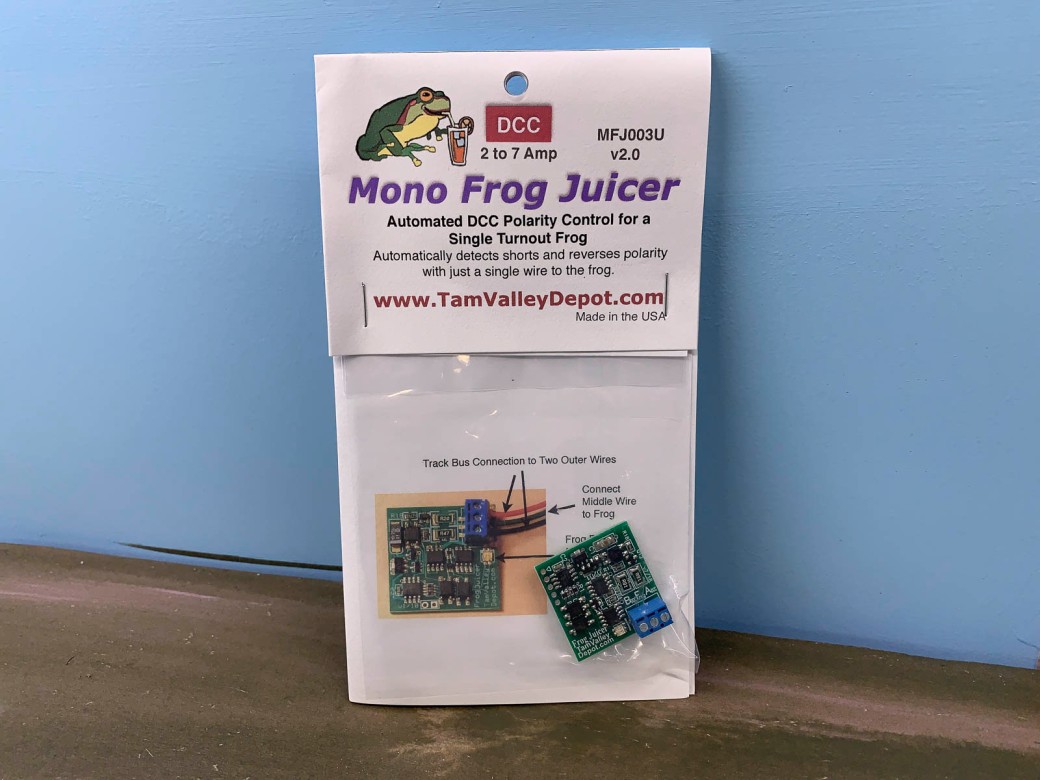 When it came to powering the frogs, the clear choice was to use Tam Valley Depot’s Frog Juicers. Every other solution for powering frogs required some sort of mechanical interlocking that also moved the points. The circuit-based approach of the Frog Juicers allowed me to stick with throwing a switch using just my fingertips.

I prewired the Mono Frog Juicer by installing two 22-gauge wires to attach to the layout wiring bus. Following Tam Valley Depot’s recommendation, I used double-sided foam tape to mount the circuit board underneath my benchwork. The small size and light weight makes it easy to locate it just about anywhere.

The two feeder wires were connected to the bus using 3M’s Scotchlok IDC connectors for a simple and solderless installation. The green feeder wire from the frog was screwed into the center connector on the circuit board. 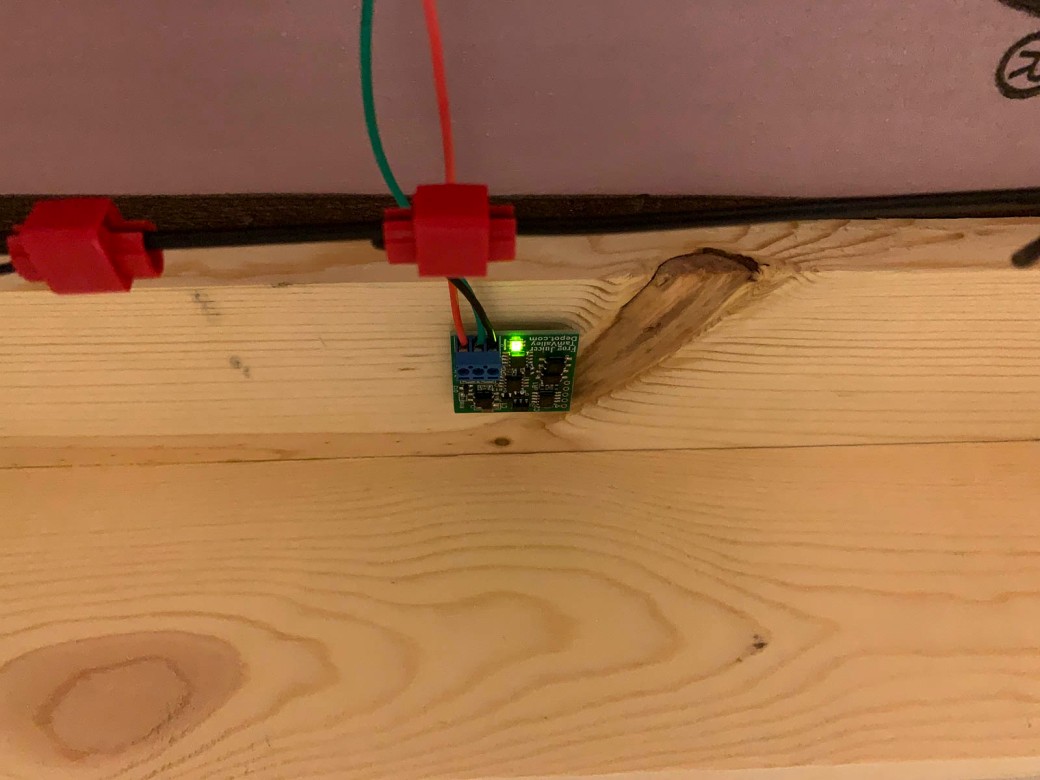 And that’s all there is to it. The Frog Juicer automatically detects the presence of a locomotive and, if needed, reverses the polarity of the frog. Green for the “normal” direction…

Red for “reversed”. The change happens so fast you don’t even notice it. I ran a series of trains at a crawl across the turnout to see if I could get a dropout in sound from the locomotive. There was no sign of stall or sputter.

Good wiring may be mystic, but when it’s done well you can’t resist it. It’s Electric!